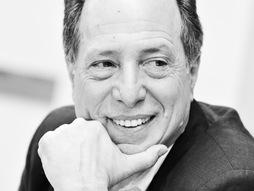 In the article “Men and Women’s Studies: Promises, Pitfalls, and Possibilities,” Michael Kimmel outlines the importance of women’s studies not only to women but also men.  He states, “I want to take the position that women’s studies is also about men. Or, rather that it makes masculinity potentially visible as a specific construction, and not simply the unexamined norm” (Bordo et al 471).  Rather than examining women’s studies as strictly female-focused, only benefiting women, Kimmel illuminates the impact these studies have on illuminating men to their often unacknowledged masculinity.  Rather than depicting women’s studies as strictly beneficial to women’s liberation, Kimmel believes “by making women visible, women’s studies also made men visible both to women and to themselves” (471).  This truly remarkable statement helped me to feel more at home in the ideas of women’s studies and gender studies as a whole because it calls on the socially constructed nature of gender and its performative expectations of power and control.  Yes, women’s studies are incredibly impactful to the Women’s Liberation Movement, but it is also invaluable for its ability to call no men to question the constructs of gender and the consequences of such.

With this understanding of the potentially unifying power of women’s studies, Kimmel continues to illuminate the concept of gender to the reader via the power dynamics.  Through women’s studies, people are able to see their position in the world clearer.  We can begin to question the inherited notions of the male/female power dynamic by “making women visible” (472).  Kimmel emphasizes the power of women’s studies to “(decenter) men as the unexamined, disembodied authorial voice . . . and (show) that men, as well as women, are utterly embodied, their identities as socially constructed as those of women” (472).  No longer exiled to the periphery, women are able to question their own power in a male-dominated world that often leaves the men in a position of authority.  These challenges not only allow for further agency development of women but also illuminate men to the social constructs surrounding their identities.  Once this seed of understanding is planted in the minds of men and women, the deconstruction of social hierarchy and power dynamics can begin to bridge the gaps that divide the notions of masculinity and femininity.

One thing that Kimmel discusses that I think it is incredibly important for men to realize in order to further gender equality is the power dynamics that shape the notions of male and female.  Too often, men do not realize the privilege that comes with simply being a man.  Certainly, there are other factors that add to the power structure (race, religion, etc.) but the very idea of being a man carries an enormous amount of power in the Patriarchal Contemporary World. Kimmel describes gender as “the ‘it’ that men ‘just don’t get’” (474).  By neglecting to understand and accept this notion of inherited male power, men are unable to clearly see the power discrepancies that divide men from women. Yes, we look different outwardly, but the true difference is in our abilities to act and develop agency freely in a culture.  This freedom, as opposed to living in contrast with something better (as is the case with women and men), is what, to me, is the true separation of men and women.  Comprehending cultural power is one of the great moments of enlightenment men can achieve through Women’s Studies.  As Kimmel states, “Women’s studies scholars have demonstrated that masculinity and femininity are identities that are socially constructed in a field of power.  Gender, like race and class, is not simply a mode of classification by which biological creatures are sorted into their respective and appropriate niches.  GENDER IS POWER (all caps for emphasis)” (474).  That being said, the male-dominated contemporary discourse focuses primarily on men being dominate and women being passive.  Women’s studies let men know that the power they are born with is a false power reinforced by cultural expectations of gender that objectify one gender (women) and exemplify another (men).  Realizing this is integral in unifying the gender divide and ensuring equality for all.

John Stoltenberg discusses the false sense of gender and power in his article “How Men Have (A) Sex: An Address to College Students.”  I loved this article for how it begins—calling on students to imagine a world of limitless sexualities and possibilities.  A world in which there are no strict categories of classification because everyone is different.  It is in accepting these differences that the creatures on this planet “are capable of having a sense of personal identity without struggling to fit into a group identity based on how they were born” (480).  This freedom allows the creatures to live happy lives because “they don’t worry about sorting other creatures into categories, so they don’t have to worry about whether they are measuring up to some category they themselves are supposed to belong to” (480).  By eliminating the category system, a system that pervades our contemporary world, the very notion of sexes is no longer necessary “so sex between creatures is free to be between genuine individuals—not representatives of a category” (480).  As the article continues, Stoltenberg’s point becomes quite clear.  In this imaginary world, the notions of categories no longer exist because society has accepted the diverse composition of each and every one of its individuals.  When this acceptance trumps the notion of difference—when different stops meaning less—true individual freedom can occur.  Of course, the point of his Sci-fi tale is that this planet of limitless sexualities is none other than our own.

The categorization of individuals brings with it not simply limits and expectations but also notions of power and powerlessness.  As I’ve discussed in previous posts and earlier in this post, the category that leaves the largest imprint of the power/powerless dynamic is gender.  Stoltenberg wants the reader to understand these categories as arbitrary, limiting, and demeaning to human existence when he writes, “We are not born belonging to one or the other o two sexes.  We are born into a physiological continuum on which there is no discrete and definite point that you can call ‘male’ and no discrete and definite point that you can call ‘female’” . . . but we do.  By doing so, we eliminate the authenticity of individuals in favor of a set of expectations that are culturally constructed. 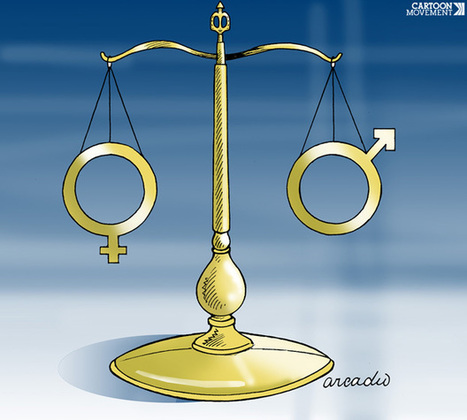 The ideas of Kimmel and Stoltenberg are integral in the progression of male participation in the Women’s Liberation Movement.  By understanding the implied power that comes with being born a man and questioning the nature of socially constructed gender roles, men can better contribute to the deconstruction of power dynamics that plague the discourse surrounding gender.  When we stop categorizing individuals into the antiquated notion of gender, sexuality, etc., men and women alike will see the freedom that comes with true uninhibited independence and develop a true sense of agency within the world.  Eliminating these categories allows society to celebrate distinct, unique individuals for being themselves as opposed to oppressing them for failing to meet prescribed expectations.  By recognizing the socially constructed notions of power on all levels, not just gender, society can begin to unify and eliminate the disparities that plague those on the periphery.

I am a graduate student working on an M.A. in English at Kutztown University in Kutztown, PA. While working on my masters, I also teach 7th grade English Language Arts in the Reading School District. View all posts by Ryan Rosenberry